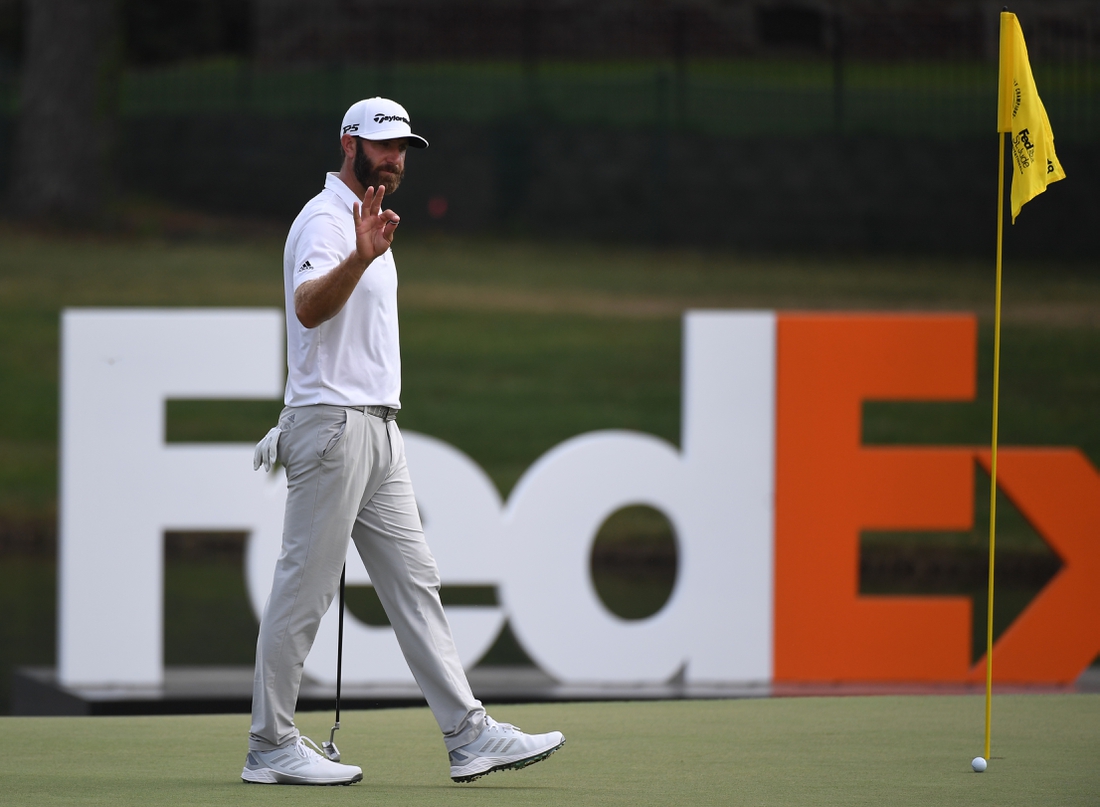 August 7, 2021; Memphis, Tennessee, United States; Dustin Johnson gives up on the crowd as he approaches the 18th green in the third round of the WGC FedEx St. Jude Invitational golf tournament at TPC Southwind. Mandatory Credit: Christopher Hanewinckel-USA TODAY Sports

World No.2 Dustin Johnson has yet to win a PGA Tour event this season, but he feels his game is taking shape before entering the Northern Trust as the defending champion.

His victory in New Jersey a year ago kicked off an outstanding finish topped by Johnson winning the circuit championship. To put the icing on the cake, Johnson won the Masters two months later, his first green jacket.

This victory at Augusta National was also his last victory.

Johnson was asked on Wednesday what he would have said a year ago if he hadn’t won the Tour in 2021.

“I would have said I was probably struggling,” Johnson said.

Regardless of his inconsistent play of late, including missing the cut at the 3M Open last month, Johnson is exactly where he was last year – 17th in the FedExCup rankings compared to 15th in 2020.

“Obviously last year was a bit different because there were so many golf tournaments leading up to the playoffs,” Johnson said Wednesday. “I feel like the game is starting to take shape. I’m starting to do that in the last two events, I’ve definitely played a little better, I’ve played a bit – it’s a lot closer to what it was last year.

Johnson responded with a T10 at WGC-St. Jude Invitational two weeks ago.

“I feel like I’m in a good position. Obviously I need a good few weeks here, first and foremost here at the Northern Trust, and then next week at BMW just to improve my position before Atlanta, ”Johnson said.

After winning The Northern Trust in 2020, Johnson placed second in the BMW Championship before winning again at East Lake. He said on Wednesday he hadn’t seen it coming.