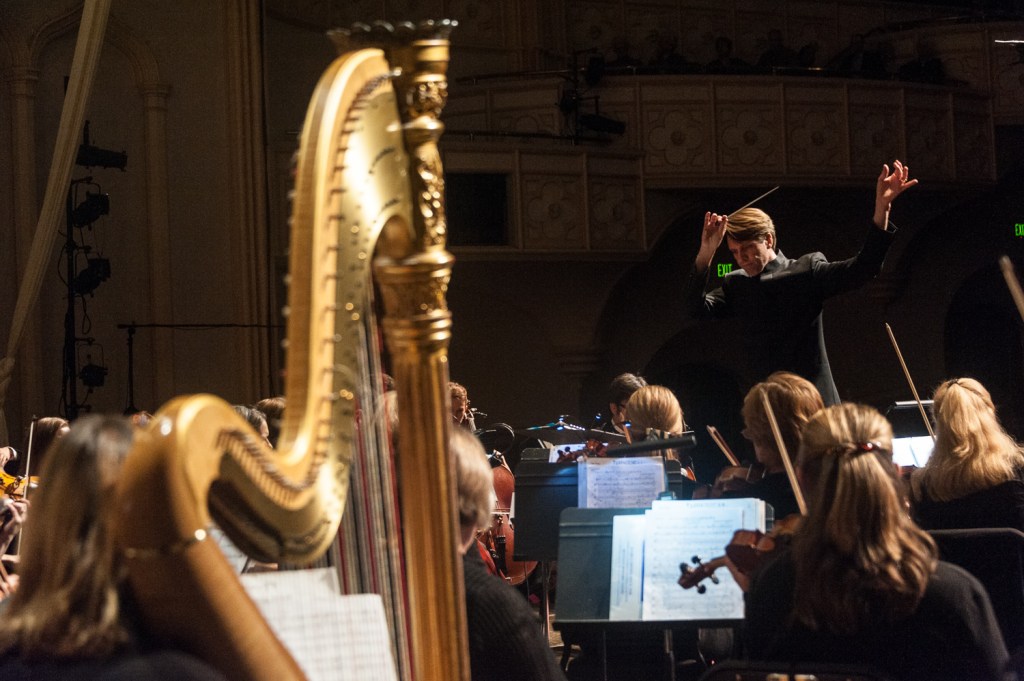 After a year of virtual concerts, pre-recorded performances and other virtual options for music lovers looking to find their solution safely in pandemic conditions, the Boulder Phil is one of many local arts organizations seeking to a ray of hope in the months to come. In this case, that positive outlook means a return to live orchestral performances for an in-person audience.

“For our upcoming 2021-22 season, we are delighted to welcome you back to the concert hall to rekindle and awaken your senses with the energy of in-person and live performances of great music that we know you will love. “Executive Director Sara Parkinson said in a statement. “The health and safety of our customers, musicians and staff is our first priority, with all necessary COVID-19 safety protocols in place. “

The upcoming season’s theme of reconnecting, renewing and recovering finds expression in a wide array of musical options for Boulder Phil viewers and subscribers. From a spotlight on the works of American jazz composer George Gershwin to a concert featuring one of the world’s most accomplished ukulele players, the next season of The Boulder Phil celebrates his return to musical creation in person. with a holistic approach.

Of course, the coming season also revels in Boulder Phil’s long tradition of celebrating some of classical music’s most accomplished composers and musicians; Viewers can also expect new performances of timeless works by Beethoven, Rachmaninoff and Stravinsky, performed by ensembles and featuring exceptional performances by world-renowned soloists.

This varied lineup of seasons is part of an effort to reward longtime Boulder Phil fans for their patience and investment after a difficult year. The organization has responded to the demands of the moment in innovative ways over the past year. Last year, the Boulder Phil performed a series of seven pre-recorded concerts recorded in the airy and COVID-protected setting of the Brungard Aviation hangar at Boulder Municipal Airport, and the audience connected virtually.

For the first steps towards a return to normalcy, the organization will strive to make their in-person concerts more engaging and immersive than ever before, even if they meet the capacity limits and social distancing guidelines set out by the county and the state.

These efforts will begin in October, with Phil performing at two limited capacity events at Mountain View United Methodist Church in Boulder. The theme of returning to normal will then find appropriate expression with the orchestra’s interpretation of Tchaikovsky’s “The Nutcracker”, presented in collaboration with the Boulder Ballet at the Macky Auditorium on the CU Boulder campus.

This performance will mark a return to a long-standing Boulder Phil tradition, as the ensemble officially kicks off the season with one of Western music’s most beloved musical expressions for the holidays.

The Boulder Philharmonic’s official subscription series will begin in earnest in 2022, starting with a celebration of American composer George Gershwin for performances on January 22 in Macky and January 23 at the Lone Tree Arts Center. Boulder Phil Music Director Michael Butterman will conduct “An American in Paris” and the “Piano Concerto in F”, joined by the trio of Marcus Roberts on piano, Rodney Jordan on bass and Jason Marsalis on drums.

This jazz-infused New Year’s kickoff will be followed by a tribute to a master and a world premiere in February. Violinist Rachel Barton Pine will join Butterman and the orchestra for a performance of Beethoven’s 7th Symphony, as well as the opening of Billy Childs’ Concerto for Violin and Orchestra on February 12 in Macky.

In March, pianist Terrence Wilson will join the orchestra for covers of Rachmaninoff, as well as pieces by Cindy McTee and Hovhaness. Subsequent performances through the spring will feature pieces by Stravinsky, Rimsky-Korsakov, Mason Bates and Elgar, and in May the season will conclude with a performance by a world-renowned ukulele master. Jake Shimabukuro and his trio will join the orchestra for an as yet undetermined program that will merge his mastery of the four-string instrument with orchestral mastery of the classical canon.

Through all of these performances, Parkinson insists, the organization will include tributes to the Boulder community, incorporating the contribution and collaboration of other local artists, dancers and musicians.

“Bouldering touches abound in the coming season, including lead violin Charles Wetherbee playing the evocative ‘Butterfly Lovers Concerto’, as well as the spectacular aerial choreography of Frequent Flyers Aerial Dance in April,” she said. . “We will also premiere two fascinating video artwork commissioned by the Boulder Phil to deepen and enhance the experience of ‘Circuits’ and ‘Mysterious Mountain’ in March.”

Along with the amazing touches from accomplished soloists like violinist Rachel Barton Pine, pianist Terrence Wilson and Boulder’s own violist Richard O’Neill, all of these are designed to properly accommodate a loyal audience after a difficult year.

And with options for one-season subscription packages, the Boulder Philharmonic hopes this audience will be delighted to support an arts organization that has served the local community critically for decades.

According to Music Director Michael Butterman, the Boulder Philharmonic serves a vital purpose for the Boulder community, an even more important purpose after a year marked by a global pandemic, local tragedy and untold hardship for individuals and arts organizations. As Butterman worked on putting together a virtual season last year, he reflected on the power and potential of music to serve as a healing agent in difficult times.

These observations are equally applicable as the light begins to flash at the end of the tunnel.

“For me, art is a transcendent experience. I’m able to go to another place, in a different state of mind when I hear something deeply moving, ”Butterman said. “More than ever, we need a way to escape oppressive circumstances; we need a respite from the darkness that can be felt after a pandemic… I hope these concerts give us a chance to bring audiences to the experience in a new way.