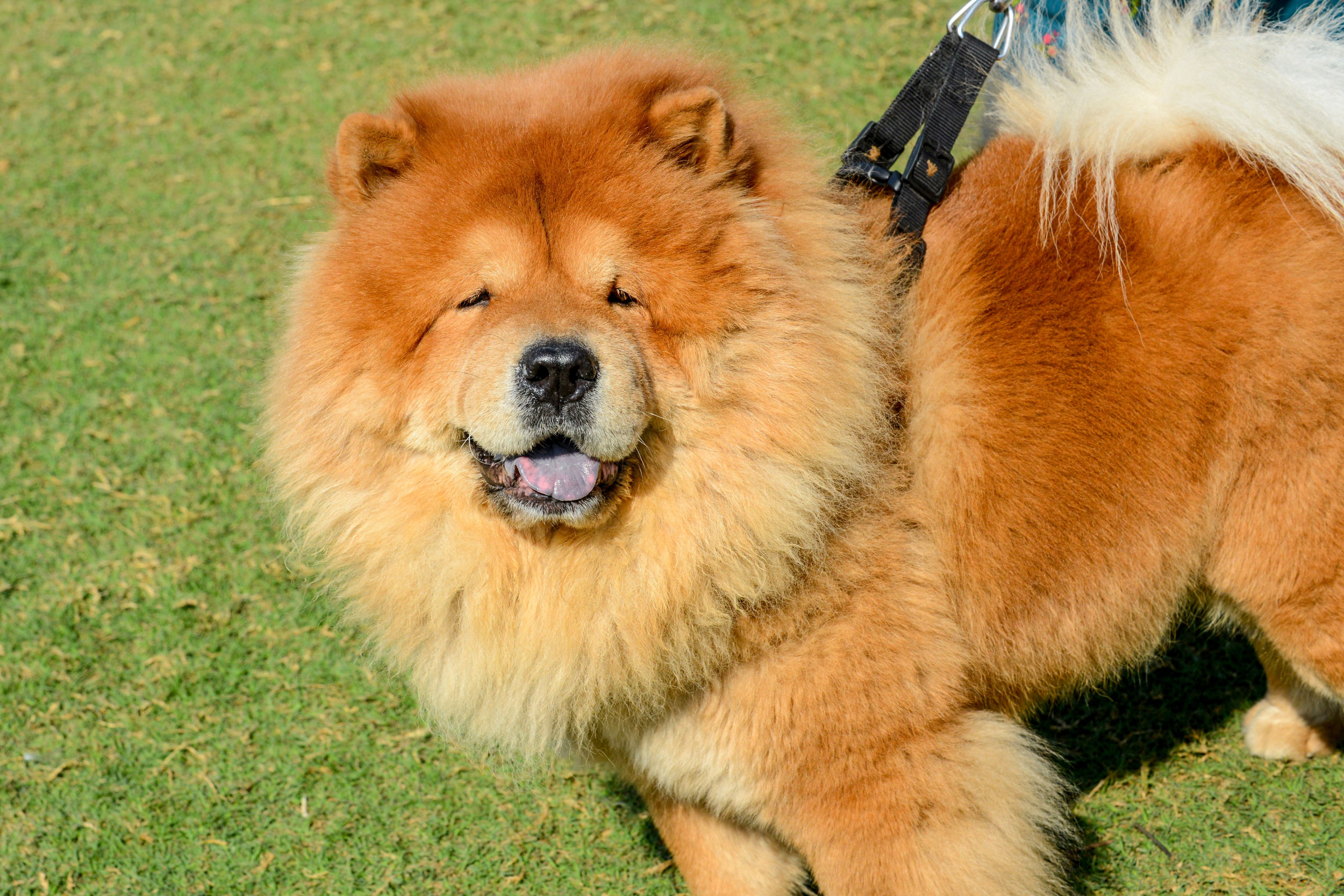 Dogs come in all shapes and sizes, from huge Irish Wolfhounds and Saint Bernard to tiny Chihuahuas. Each dog person tends to have their own favorite breed, but if there is one type of pet that most people can agree on that is cute, it is a fluffy animal.

When it comes to fluffy dogs, caring for their pretty fur can be expensive. Fluffy coats require the most maintenance to avoid painful knots and tangles, while trips to a professional groomer can get quite expensive.

However, the expense of maintaining a fluffy pooch is well worth it. So here are some of the fluffiest and cutest dogs around.

The Samoyeds were originally bred to herd reindeer and pull sleds, providing company to the Samoyeds of northwest Siberia. These working dogs have white, double-layered coats to keep them warm in subzero temperatures. They are generally friendly and upbeat too.

These dogs are originally from northern China and are fiercely dedicated and protective of their families. Easily recognizable by their thick coat, wrinkles, and brachycephalic or flat faces, the Chow’s tongue and mouth tissues are also dark blue-black in color.

As the name suggests, Old English Sheepdogs were originally a type of sheepdog. Now, however, these dogs are more used to lounging and relaxing with their owners. According to the American Kennel Club, these gentle giants “move with a movement similar to that of a bear” but still require a lot of exercise due to their size.

One of the most popular toy dog ​​breeds in the world, these puppies are tiny, smiley, and extremely fluffy. They have luxurious double coats and fox faces making them an irresistible companion for many.

Pyrenean mountain dogs were bred to be left alone and guard sheep in mountain valleys, so they are independent and alert. However, these giants are known for their calm and relaxed demeanor and make excellent pets. Despite their fluff, these dogs are not dull and therefore easier to care for than other fluffy breeds.

These dogs are originally from Tibet and are tiny but majestic. Lhasa’s apsos are less than a foot tall at shoulder level, but are sturdy and recognizable by their long, long coat that hangs down either side of the body.

The Affenpinscher, also known as the Monkey Dog, is small but bursting with energy and makes an entertaining pet. Like most terriers, these dogs were bred to hunt vermin like rats and mice in 17th and 18th century Europe. Friendly but excitable, these terriers love adventure.

The ultimate fancy dog, Maltese puppies are brilliant white and covered in long, silky hair. But don’t be fooled by their elegant appearance, these little dogs are hardy, fearless and agile, although a bit stubborn.

Bred to be close companions of Chinese royalty, these dogs are very close to their owners, making them loving pets. In ancient China, the smallest and fiercest Pekingese were kept in the sleeves of the royal family and used as miniature guard dogs. These days, they’re content with one moderate walk a day and lounging on the couch.

These giant dogs were used as a working dog to pull fishermen’s nets and transport wood from the forest. They are good swimmers and they are friendly and gentle, although a bit messy.

The Bernese Mountain Dog is a large dog with a tricolor coat bred for herding cattle, herding cattle and transporting equipment in the Swiss Alps. These adorable large dogs require frequent brushing and grooming and are patient with children, making them ideal family pets.

The Leonberger is an extremely soft giant of German origin. They can weigh as much as an adult human and measure up to 31 inches at the shoulder, making them one of the largest dog breeds in the world. Despite their stature, they are gentle and love to hang out with their owners.

The Shih Tzu – or “lion dog” – is a toy dog ​​breed native to Tibet, but there is nothing fierce about these little pets. Happy to curl up on their knees after a walk, these dogs are affectionate yet lively and cheerful.

The butterfly is easily spotted thanks to its large wing-shaped ears which give the breed its name – because “papillon” means butterfly in French. These dogs are agile and love to learn new tricks, which makes them an entertaining pet.

Affectionately known as the ‘Westie’, these little dogs are originally from Scotland where they were bred to catch rats and mice on farms. These cheerful, alert and friendly dogs have white double fur that fills in around their face making them easily recognizable. Although they are affectionate and hardy, these dogs can also be stubborn – and have a natural instinct for digging and hunting.