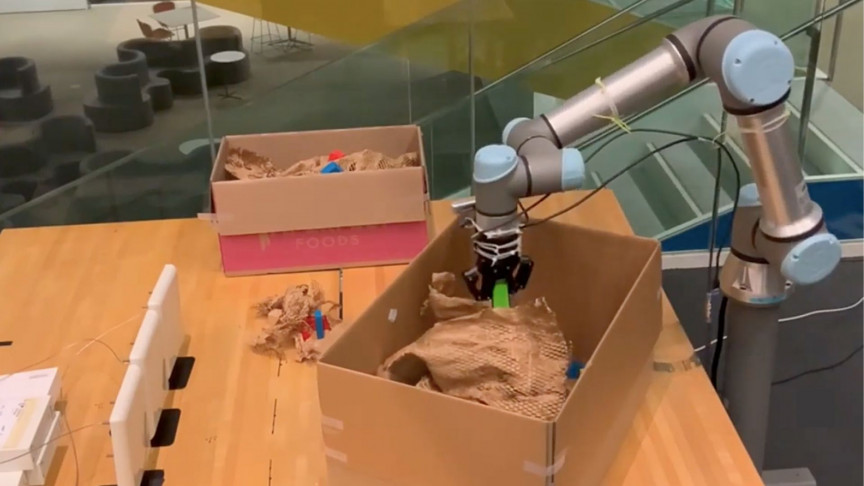 “We are trying to give robots a superhuman perception, ”said MIT associate professor Fadel Adib. Indeed, the world of robotics continues to grow and an MIT team does not sit idly by.

Attempting to push technology even further, Adib and his team developed a robot capable of using their senses to find hidden objects. RF-Grasp, as the robot is called, manages to do this using radio waves, which are able to pass through walls.

Combining this radio frequency with traditional computer vision helps RF-Grasp find and pick up objects that are hidden from view.

The team says his invention could one day revolutionize the world of e-commerce, where robots could help in warehouses find and pick up packages and items that are not easily visible.

The team plans to share their creation in May at the IEEE International Robotics and Automation Conference.

How the robot uses radio waves to find objects

Radio frequency (RF) identification has been used for many years and for many uses. From locating a lost dog who has a chip implanted to finding that book deep in a library, the system uses a combination of a reader and tag to operate.

“RF is such a different detection modality from vision” says Alberto Rodriguez, the class of 1957 associate professor in the Department of Mechanical Engineering at MIT. “It would be a mistake not to explore what RF can do.”

This is precisely what the team decided to examine.

In the case of RF-Grasp, it uses both a camera and an RF reader to locate and then grab an object. It uses a robotic arm and an attached gripping hand, and a camera sits atop the robot’s “wrist”. The RF reader is separate and transmits the tracking information to the robot algorithm.

Thanks to these two complementary systems, RF-Grasp is able to locate and seize hidden objects on its own.

The team are confident that their new robot would work well in the aforementioned e-commerce situations, as well as helping people in their homes find and collect hidden items.